“I think it’s BS,” said tennis great John McEnroe of the CDC vaccine mandate, which continues to bar Serbian tennis star Novak Djokovic from playing in the United States, possibly including the upcoming US Open. McEnroe also insisted Djokovic “is fully entitled to make the decision” on whether or not to get vaccinated, according to a Video by Fox Digital via Outkick.

“Well first of all I think it’s BS. That’s what I think. I think he should be allowed to play. My personal opinion is I’m vaccinated, I’ve had a booster shot. That is up to you. … He’s perfectly entitled to make the decision,” McEnroe said. 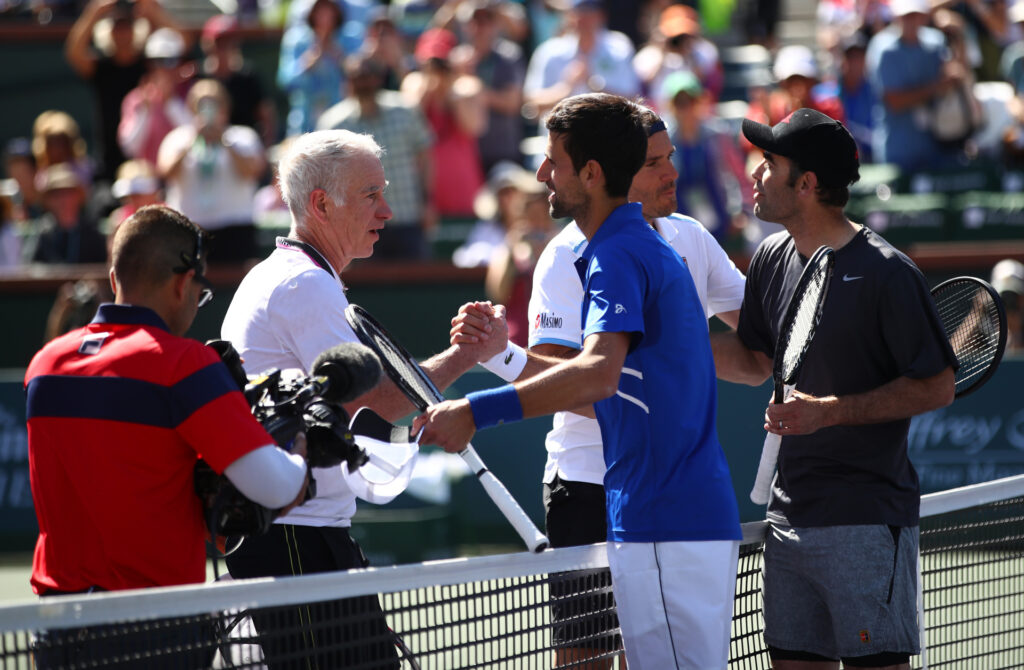 McEnroe’s comments came after the CDC eased some vaccination rules on Thursday, but didn’t budge on the rule restricting travel to the United States by unvaccinated foreigners. Djokovic has opted not to receive the vaccine, which has barred him from competing in countries that have imposed strict mandates, such as Australia, Canada and the US

“The guy is one of the greatest athletes in all sports… he’s careful with everything he puts into his body. … So it’s frustrating. … But those are the rules we have in government right now … I don’t agree with that,” McEnroe continued. 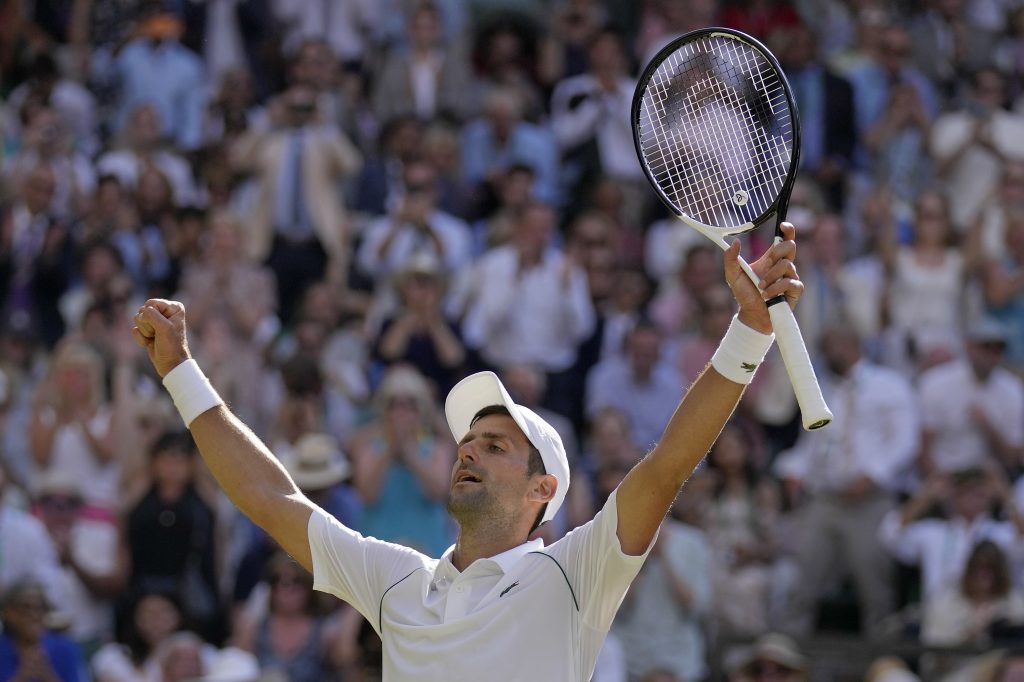 Djokovic was forced to withdraw from the Western & Southern Open in Cincinnati but remains hopeful things could change and he can play at the US Open. The tennis star said he was “preparing as if I’m allowed to compete while waiting to hear if there’s room for me to travel to the United States.” 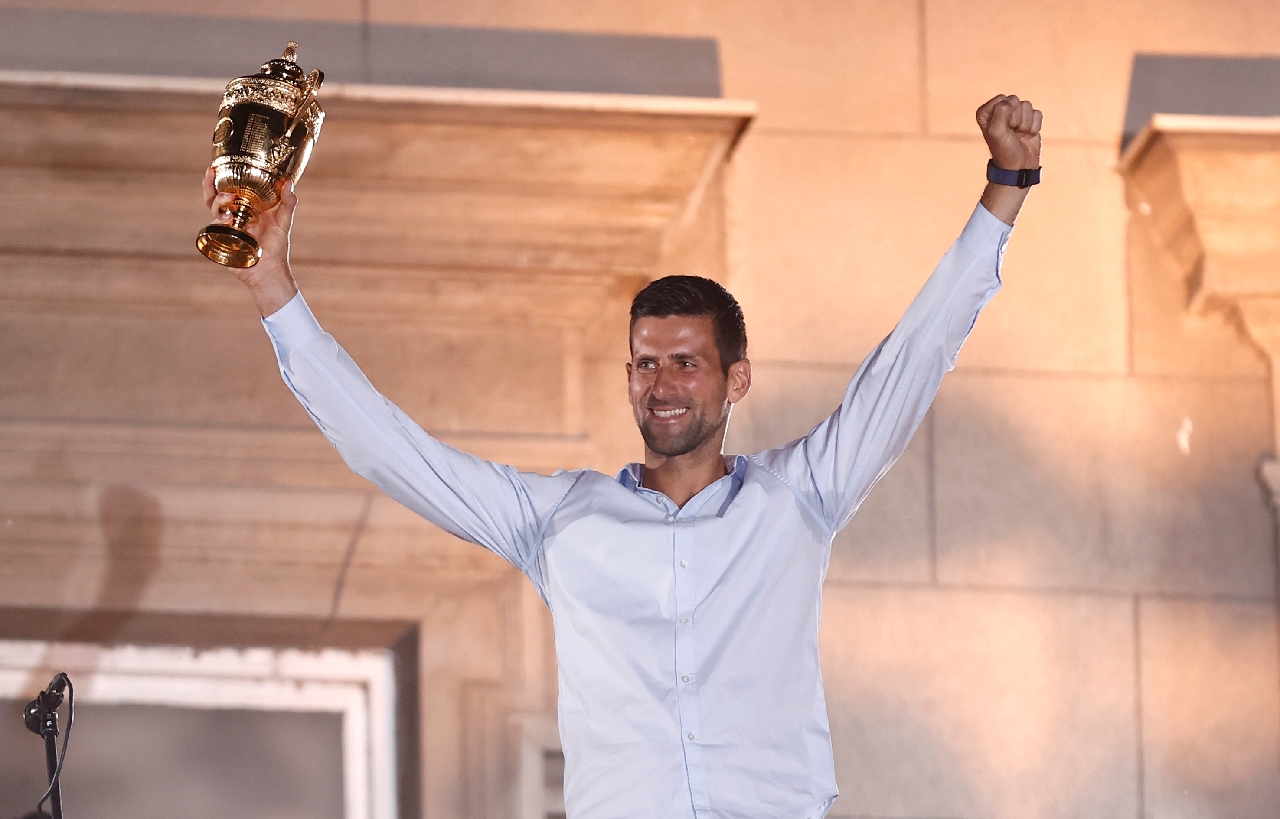 Novak Djokovic was greeted by thousands of fans in Belgrade, Serbia after his Wimbledon win on Sunday. (AFP)

McEnroe was pronounced in his defense of Djokovic and his criticism of the CDC’s vaccination mandates:

“These politicians are too much in each other’s way,” McEnroe said saidaccording to that New York Post. “They did it in Australia. Let’s let the guy come in and play in the US I mean, come on. That’s ridiculous.”

“Whatever you think the government should or shouldn’t do, it’s crap for tennis,” he added.

“I would like to go to the States. But to date, that’s not possible,” Djokovic said in March, when the CDC didn’t deviate from mandatory vaccinations for foreign travelers. “I can’t do much anymore. I mean, it’s really up to the US government to decide whether or not to let unvaccinated people into the country.”

He also posted on Instagram at the time: “As international COVID regulations keep changing, I wanted to wait and see if anything would change. The CDC confirmed today that the regulations are not changing, meaning I will not be playing in the US. I know my fans are looking forward to seeing me play again and I hope to play for them on the tour again soon.”

John McEnroe thinks it’s nonsense that Djokovic is being banned from entering the country due to government mandates. https://t.co/rHjX2eiCPH

Outkick’s Clay Travis, who has also defended Djokovic, said on his podcast on Saturday:

“Novak Djokovic should be allowed to play at the US Open. The United States still enforces an archaic and stupid and anti-scientific rule that if you enter the United States as a foreigner, you must have the COVID vaccination. That’s when you fly. Now if you cross the southern border illegally, it doesn’t matter if you got the COVID shot or not. So a fun idea is Novak Djokovic should get his backpack, pack some tennis racquets in it, fly to Mexico and then go to the United States border and just walk over and say he’s here to play the US Open. ”

“He wouldn’t be breaking the law because we basically let anyone in across the southern border,” Travis concluded.