if Serena Williams actually drowned her sorrows with the din of her own voice by heading to a karaoke booth after losing her maybe-or-sham goodbye game at the US Open, it’s probably just as good.

If she had instead taken to social media, looking for buckets more of the insane deification cascading down that twirling head at Arthur Ashe Stadium, those tears would have gone from “happy” to horrified.

It turns out not everyone subscribes to the adorable cult of worship that transported Queen Serena into evolution from Flushing Meadows. 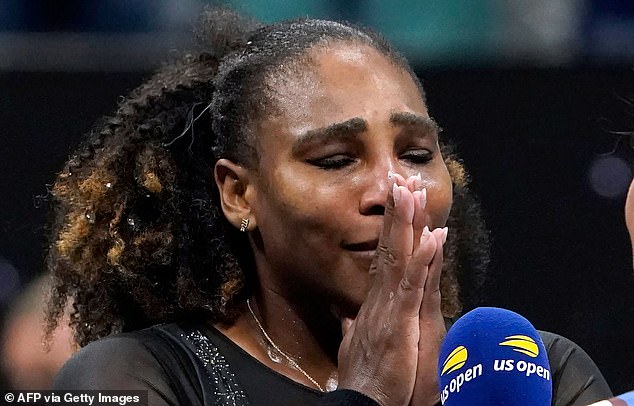 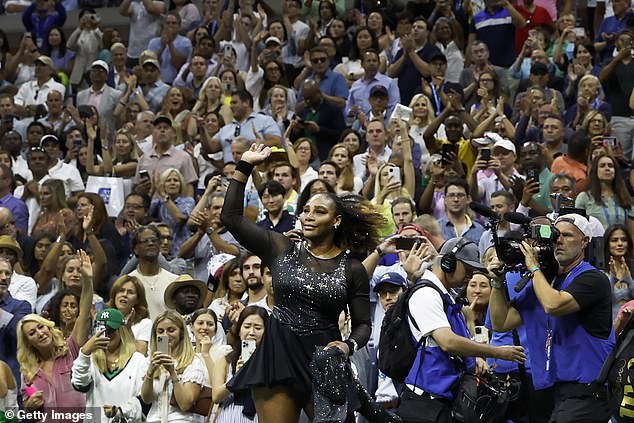 Fans flocked to Flushing Meadows in New York for the Serena Show; it was insane deification

Of course, there are also countless tributes out there to feed a starved ego. But the admiration is far from universal.

That may come as a surprise to those who watched – and especially listened – to the televised broadcast of Serena’s third-round loss to Ajla Tomljanovic. The enthusiasm in the stands was even exceeded by the squats in the commentator boxes.

Even John McEnroe – yes, Mac the Knife himself – was so syrupy on the tip of toady that it made you want to take a shower. How is the absence of a single word of the mildest qualification to be explained? Well, it rarely does anyone any good to slander religion, and that’s exactly what Serena has become in the eyes of her believers.

Not that a renowned US sports journalist was deterred. Under a headline berating the media for “ignoring Williams’ conduct,” a Column by Phil Mushnick of the New York Post describes her as “a relentlessly depraved winner and an even worse loser”.

He went on to catalog her long list of sins, beginning with this charming quote from her insult to a liner woman at the 2009 US Open that had earned her displeasure: “I swear to god I’m gonna take that shit. Ball and shove it down your damn throat.’ 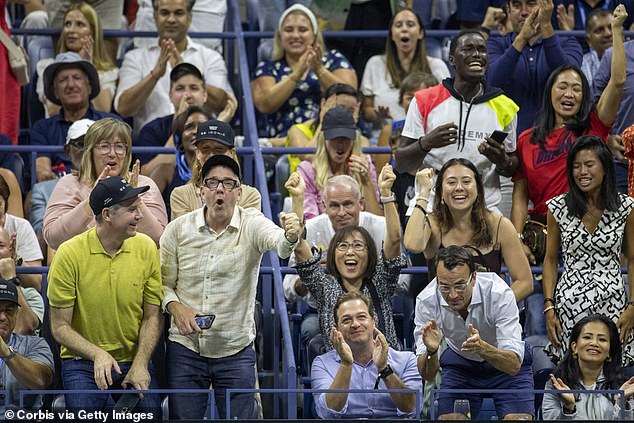 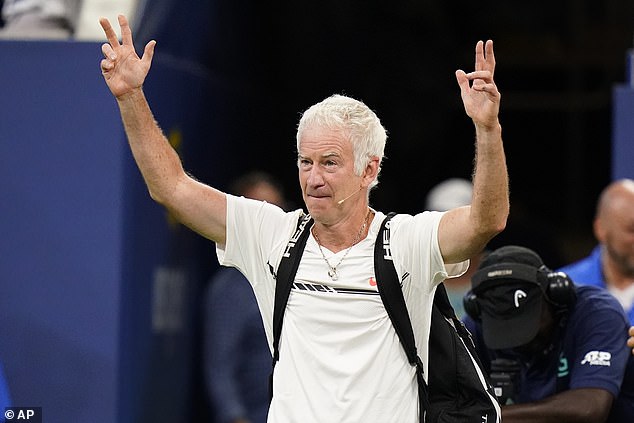 My American colleague gets a little overheated in his slur, but he’s right. No one crammed into the Big Apple’s three-night Serena fest gave a second thought to her past indiscretions as she oozed with unconditional love.

Neither did their opponents, who had to sit on the sidelines and watch a giant screen of their triumphs and good works before Her Highness made her entrance, and then endure having each of her mistakes cheered to the core.

The real problem is that the great and deserved admiration for Serena’s journey from a childhood ghetto to greatness on the tennis court has turned into blind adoration for her essence. We all have our flaws, even a goddess with a bat.

Serena-mania – not Williams-mania, to be clear: Sister Venus has never shown stubborn, arrogant or unruly tendencies – has gone beyond reason. 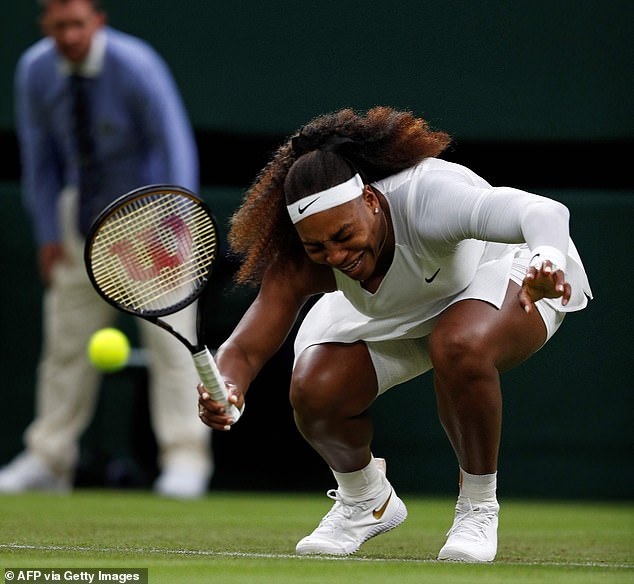 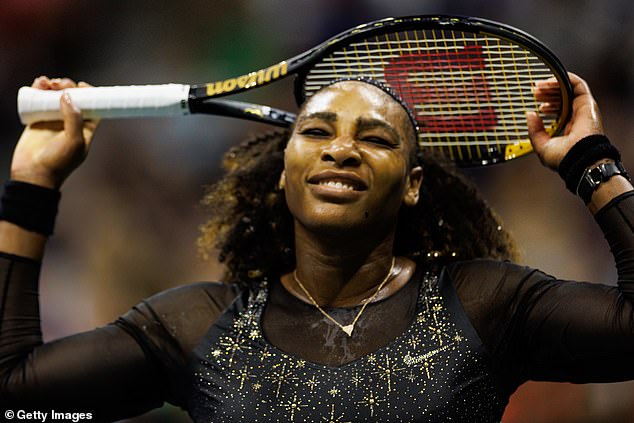 Only to be expected, we suppose, as the big, the good, the famous and in some cases the infamous sing their praises. No wonder, since the head cheerleader was another sports idol beyond sense as she did her laps of honor.

Tiger Woods’ deplorable excesses were washed away by a tidal wave of media awe at his recovery from mental and physical wounds before returning to the golf course. Either way, that’s mostly what the public wants to hear. But it would make things easier for all of us if the judgments were separate.

Serena Williams was a great tennis player. Still, almost. Her departure for a second life at 41 will be a loss to the sport.

But her lack of humility in victory and generosity in defeat is at odds with the carefully crafted image of sanctity in her everyday life that has seduced so many corporate sponsors into overflowing the already richest multi-millionaire awardee with what she does best can. 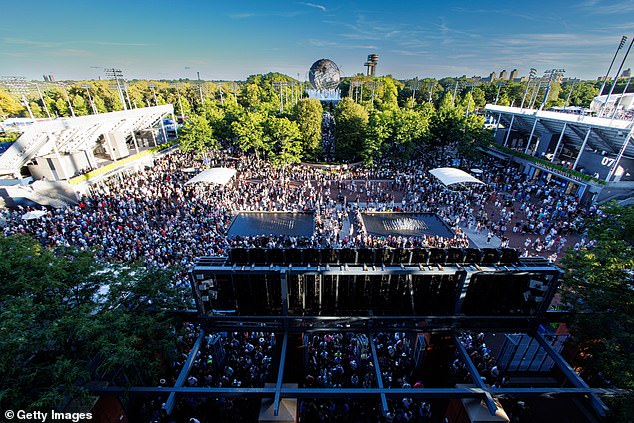 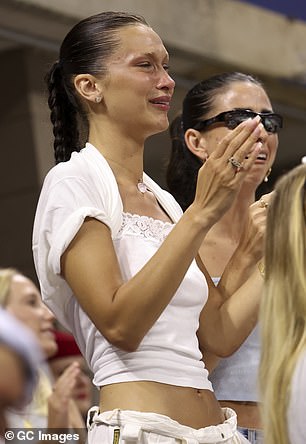 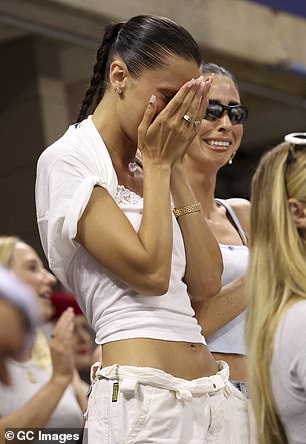 Neither does narcissism. Not that she’s world champion in the department where her bosom friend Meghan Markle holds the crown.

Yes, Serena changed the nature of women’s tennis with her explosion of unprecedented power. Yes, she has inspired disadvantaged girls to believe that they can follow their path from poverty to success. Especially her African American compatriots, among whom Coco Gauff features prominently as she takes her idol’s place as the favorite to win this US Open as they go into week two.

But a role model? As with Tiger, not so much.

It will not escape her notice that the lady who gave her swan song in the third round is Australian. Not when the story has to decide who the GOAT really is. The phrase Greatest Of All Time has been flippantly overused when it comes to Serena, even more so this weekend. 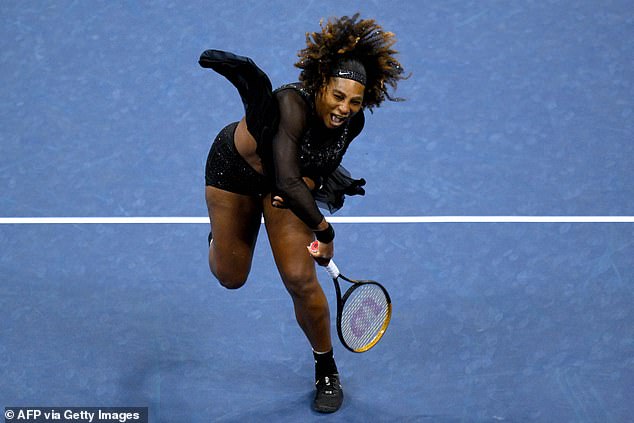 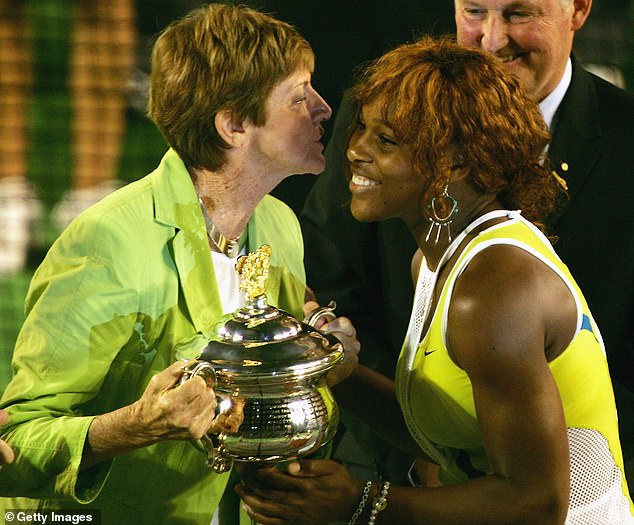 There was an indecent rush to remove Margaret Court from the reckoning. Saying that it doesn’t really count that this Australian has won one more Grand Slam singles title than Serena’s 24 because some came before the Open era.

What happened to the all-sports mantra that you can only beat whoever is in front of you whenever you put them in front of you? And don’t you dare whisper that in her time Court has defeated the best of both eras and holds the highest win rates of all time in women’s football – well into the ’90s.

Not that this lady sets a flawless example in life. During her evolution from Roman Catholic to Pentecostal, she developed homophobic beliefs. Beliefs she spoke of with such passion that attempts were made to have her name removed from Melbourne’s Margaret Court Arena.

There is no role model function. But she is and probably always will be the GOAT. Just like Jack Nicklaus, not Tiger Woods, is the greatest golfer of all time.

Sorry Serena you fell short and as you will most likely not correct that if you keep fighting – and please no ma as Roberto Duran famously said – you’ll have to settle for this title, which reads like Welsh in its shortened form: SGWTPOAT. You probably figured it out: 2nd greatest tennis player of all time.